When we go to Bristol, strangely I always feel that the ABBA song is most appropriate! Since we were last there, they’ve certainly been spending the cash. The old main stand is now replaced by the Atyeo stand, with Media Centre, amazing changing rooms and facilities for the teams and even padded seats for us up in the top tier, where several of my colleagues admitted to a touch of vertigo. We were joined before the game started by the remains of the Bristol squad – apart from the 40+ they had running round on the pitch for the warm up! They had a few missing on International duty as well; 1 playing for Georgia and 4 playing for Samoa. It still meant that our youngsters were up against the likes of Sheedy, Pisi, Piutau, Cortes, Hurrell and Varndell. The very scary Steven Luatua was also on the bench – do check out his contributions to the Barbarians v All Blacks as he is a terrifying player with the ball in hand. Bristol didn’t bring him on and I don’t know if I was relieved or disappointed!

It wasn’t the money at Bristol that was on my mind though when I started to research this piece, but the 4 players out for Samoa do have a bearing on it. On 8th November, the Prime Minister of Samoa said that their rugby team was bankrupt, just before they started the Autumn Internationals against Scotland and England. A ‘Just Giving’ page was set up by Dan Leo and the Pacific Rugby Players Welfare Group, to try and support the players who probably won’t be getting the £650 match fee from their Union. Just for comparison, the match fee for the England players is around £23,000 – each – and to their credit the Vunipola brothers have started their own campaign for the England players to donate part of their fee to the Samoa squad. The RFU do cover all the Samoan expenses while on tour; transport, hotels etc but the divide between the teams for what they receive is quite staggering, especially since the RFU stand to make around £10 million from the match at Twickenham.

When I last checked the website, the total raised so far was £3,184 from 144 people. They are aiming for £150,000 which is the equivalent of £1 from each seat at Murrayfield and Twickenham where people will be entertained by the skill and aggression of the Samoan team. How much of the match day earnings actually go to the Samoans? Traditionally none, but the RFU are planning a ‘contribution’ this time. How many times have England gone to Samoa to play a match there and help raise funds? Never.

Surely proper rugby supporters can do better than just 144 people contributing! Every team in the Premiership, Championship, Pro 14, even probably National One have some link now, or in the past, to the skill and power of players from the South Pacific Islands.

So for us at Roth, just a quick reminder of the debt we owe to some very special guys:

As they say on Strictly, in no particular order (and with special thanks to rothrugby.co.uk):

I would be proud to buy any of these gentlemen a drink in our bar, and so I will be donating to the fund, with grateful thanks to them all in the name of Rotherham Rugby. I would encourage any of you to do the same, for without the likes of Alfie, Jake and the amazing Mr Umaga, Rotherham Rugby wouldn’t be the club it is today, proud to be supporting the career of yet another gem from the South Pacific with Bola. Long may the tradition continue! 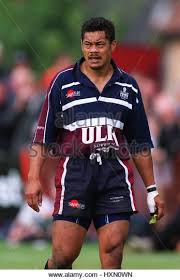 A is for Abbeydale, Awards, Ashton Gate…

Abbeydale, Sheffield. Last game of the regular season. Not where we really wanted to play, but the sun shone, it looked like a good crowd and the result was brilliant. We first watched rugby there back in the 1980’s, and I hated the place. Biggest reason for that? They refused to let ladies in some areas of the clubhouse, and they certainly wouldn’t serve them at the bar. Men only. This was before leagues, Sheffield was one of the top teams in the country, and the likes of Rotherham never set foot on that pitch. We switched our allegiance to Rotherham when Richard Selkirk moved across and Roth began their fantastic climb up the new league structure. Roth finally got to play at Abbeydale, a cup competition, in a blizzard, which we won. In 2015, is it any better? Well they let me in to the bar, I could buy a drink, and Roth won. It was a good day.

Awards Night followed on Tuesday, with over 100 people packed into the Valley Room for a great evening with players, supporters and a few surprise guests. It was lovely to see Errie Claassens, one of the nicest guys ever to play for Roth, alongside Shrek, Hendrie Fourie, another legendary player from the past. Thanks to everyone at the Club for a wonderful night, especially for all the laughter and fun generated by Lee and the players. They really are a very special bunch. It is a shame we don’t have the facilities to showcase all our players, past and present, to a wider audience, to share the success that is Rotherham, with more people. In Bristol’s programme, it mentions that their Awards evening has space for 750!

Ashton Gate, Saturday, with Sky TV again – has any other club been on more than Roth this year? Since we were there last November, the place has changed enormously. The new stand is just about complete, seating going in and almost connected to the sides, creating a horseshoe around the pitch, with the ATYEO stand separate at the far end.

We were in front for so much of the game that I began to think my wish to win a game at Bristol just might come true. The boys played some brilliant rugby, against a team full of international/Lions players, and we were so proud of them. Bristol fans round us were impressed with the way we played attacking rugby. The fact that we came close to scoring a couple of other tries really made it feel even closer than a 12 point gap. Watching the game on TV the next day showed just how close we came to scoring, and emphasised that there is still everything to play for.

It has been a fabulous roller-coaster of a ride, supporting this team, and wherever we play next year, with whoever arrives as our coach, the last couple of seasons with Lee in charge will be a huge part of the Roth story for us to reminisce about in years to come, just like with Errie and Shrek. We will be watching Lee as he progresses to the next level with Wasps, just as we will follow the others leaving us this year. They can’t escape; they’re part of the #titansfamily.

(This piece was first published in the programme for Rotherham v Bristol, semi-final on Sunday 10th May 2015 – and we lost, but were not disgraced)

As for the rest of the alphabet – well there is all next season to look forward to…..It seems a long way off but can’t wait to see what the Roth journey brings next. A new coach, definitely. A new ground?

We set off to Ashton Gate, another football ground, with all the trepidation that going to a shared stadium usually brings.  Leeds, Meadow Lane in Nottingham, past visits to the Mem in Bristol, and especially the Kassam Stadium, all made me consider what works and what doesn’t at grounds where rugby has to share with another team. The Bristol fans we met there, and those commenting on the forums, all wanted to know what we thought of their new home. 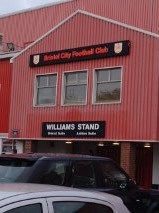 For me, Ashton Gate beats the rest of the dual use grounds we visit, but it still has annoying elements that make the day less enjoyable; and I’m not including the result in that!

It was a nightmare finding somewhere to park, unless you wanted to pay £10 for ‘matchday parking’ in the local DIY store. Like the Mem, it is in a residential area, and I can only imagine how happy the locals are at being blocked in every match day. The only ‘football’ ground that has adequate parking is the Kassam, but that is a soulless place, stuck in a technology estate nowhere near the city.

Soulless – an interesting word linked to many of theses half full stadiums. Leeds, Nottingham, the Kassam, they all fall into that category for me, and if Bristol weren’t pulling in 6 or 7 thousand fans, perhaps Ashton Gate would also seem big and empty. It certainly was loud and buzzing for our visit, just like it was at the Mem last year. Hordes of kids enticed there by a parade around the pitch to celebrate local teams. A ‘meet the players’ session, and rugby activities in what they call ‘The Dug Out’, essentially a large warehouse, with a bar, tables, a jazz band and a BBQ outside. It was heaving an hour before kick off, but I miss the idea of a clubhouse, a place that feels you are part of a rugby club, rather than somewhere to keep you out of the rain, and feed and water you.

Leeds have an indoor area serving food and drink, as well as the old bars in the main stand, and the Kassam had a room that tried to provide all this, but both are away from the pitch, you can’t see anything that makes you feel part of the build up to the game and I felt that this was the same at Ashton Gate. We couldn’t stay after the game so I don’t know if there is the potential for ‘The Third Half’, part of what makes Roth, on a matchday, a real rugby club experience.

Bristol obviously has some serious money behind this team, and not just for players, as we saw from the developments going on for a new stand at the far end, and by the range of very expensive cars lined up in the car park! They have friendly, knowledgeable fans, who are quiet for kicks and appreciate what is happening on the pitch. Stewards were helpful and seemed to know a bit about rugby, but you still can’t move around the ground to meet up with other supporters, even when the match had finished. Stay in the section you have been put in! Another of my reasons for disliking these stadiums.

As for the actual game – we really did deserve a bonus point. Even their supporters said so.  I’m convinced Jordan Davies deserved that try, and next time we meet up with Bristol, I reckon we will beat them. Sure of it.